Listen to our Virtual Music Video

Consider Hiring a "Live" Vintage Jazz and Swing Band For Your Special Event!
Or Even A "Live" Dixieland or Speakeasy Band For Your Theme Party!

Don Neely and the Royal Society Jazz Orchestra and their smaller ensembles of the San Francisco Bay Area affectionately and authentically recapture the excitement, charm, and romance of the celebrated music originating from the 1920s and 1930s - often known as the

Swing Era.
The Roaring Twenties, the decade when George Gershwin was the toast of New York for his famous jazz inspired piano concerto "Rhapsody in Blue," performed with Paul Whiteman's Orchestra. When Fats Waller wowed the world with his pianistic genius and his iconic song "Ain't Misbehavin." When Duke Ellington starred at the Cotton Club in Harlem, and when Louis Armstrong played what came to be known as

Dixieland Jazz or New Orleans Jazz with King Oliver in Chicago. The decade of the 1930s during the Great Depression was when Cole Porter wrote his unforgettable hit "I Get A Kick Out of You," and Benny Goodman was the "King Of Swing," and film musicals from Hollywood kept the population humming their catchy tunes. It was a time of immense creative flowering which ushered in an extraordinary renaissance of music and art. The recent television show, Boardwalk Empire has introduced many newcomers to the authentic sound of 1920s jazz.
Neely and his talented crew of vocalists and soloists are dedicated to preserving and performing the music from that artistic renaissance through their live performances and CDs. Neely and his players are elegantly spotlighted on each song, and their thrilling solos make  the music come alive with spine tingling Jazz Age feeling. 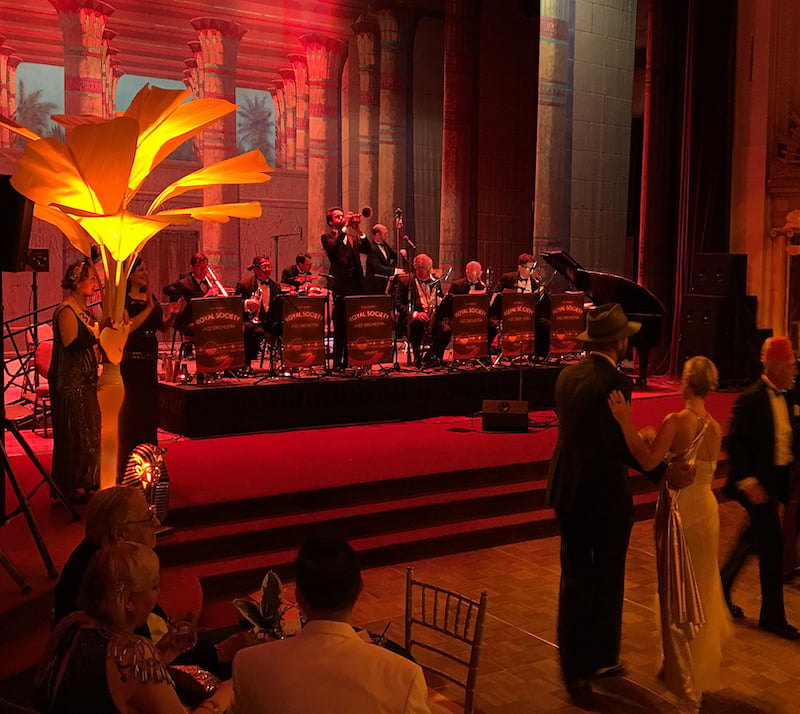 The Royal Society Jazz Orchestra's Music Lights Up A Speakeasy Party
Speaking of chills, when singer

Normand steps into the spotlight, her expressive and lilting style reveals the melodic and lyrical heart and soul of the song, whether it's a snappy swing number or a smoldering torch song. Frederick Hodges brings smiles of delight with his virtuostic piano playing and whimsical singing style. Our smaller ensembles play Romantic Background Music ideal for cocktail parties, weddings, and elegant soirees, and of course play their signature sound of the Roaring Twenties, Dixieland Jazz and Vintage Swing. The "R.S.J.O." has performed at virtually all of the high profile events in San Francisco including opening night balls for the San Francisco Opera, Symphony, and Ballet and for many stylish 1920s and 1930s theme parties and lovely vintage weddings. The R.S.J.O. has also performed for many events sponsored by the creative Art Deco Society of California including:
San Francisco is famous for many things. One of them is the City's vibrant and varied jazz scene, with its history going back to the 1890s when Ragtime was played in the red light district of the Barbary Coast. Jazz, and eventually Swing spread to the speakeasies, swank hotels, theatres, and night spots, and continues today. The Royal Society Jazz Orchestra lovingly specializes in the authentic hot jazz that was the rage of the Great Gatsby Era of the Roaring Twenties, and the exciting Big Band Swing of the 1930s Depression Era exemplified by such artists as Benny Goodman and Count Basie whose Swing music ignited a musical craze that is alive today. 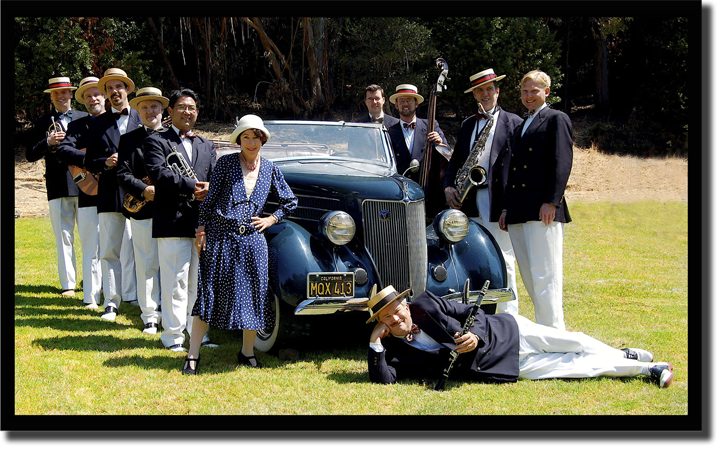 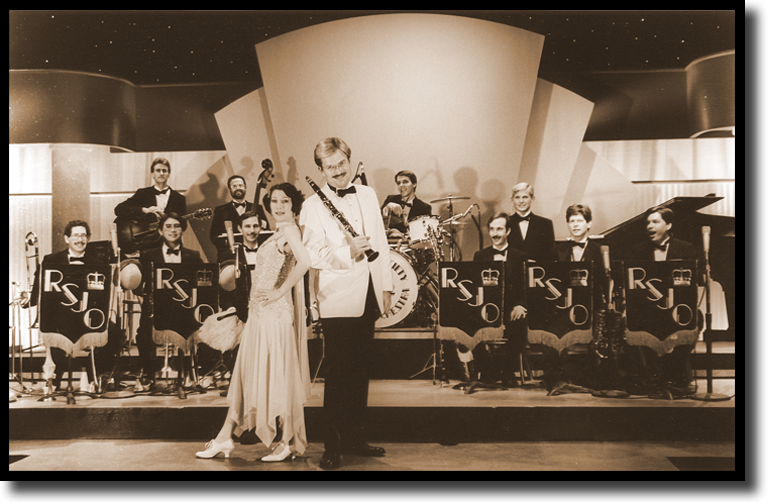